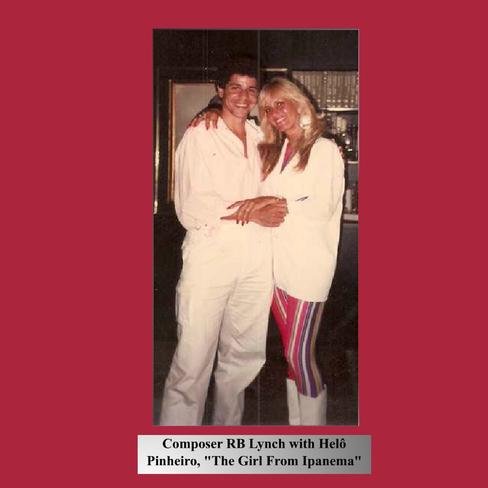 RB Lynch,  my gifted composer son,  lives in the little village of Muriqui, a two hour drive from Rio de Janeiro, Brazil.  RB loves Brazil and spends his days composing beautiful music - some of which can be heard on  the website Ediekins.Com or on  cdbaby.com.

You can also type in RB Lynch/Abbey Lincoln on

Google and hear the beautiful songs that Abbey Lincoln recorded of RB's music, Love Lament, and When Autumn Sings on the Verve Album "Who Used To Dance." Abbey praised RB for being a giifted composer as well as a lyricist, and she recorded two other albums , You Gotta Pay The Band and Christmas Cheer where you hear an RB Lynch song.

RB has degrees in International Affairs and French Literature from Stanford, a Master's in

Journalism from Columbia University in NYC and a degree in Music Composition from The Berklee School of Music in Boston.  RB worked as a reporter for The New York Times for two years but gave up his journalism job after the death of

his beloved Irish Setter, Dayan  and moved to

Brazil to spend his life composing music.  RB speaks fluent Portuguese and often plays the piano for the homeless children that I invite to

our Chalet  on the weekend to spend a day away from problems, enjoying music and the beach.

RB wrote "I Will Love You Always," so expertly

sung by Ellen Starr to celebrate the lives of his Dad, his Grandmother Dee Dee,  his nephew,